This is an email about the harmful microwave effects of a new technology you will soon be hearing about. Even if you don’t have a mobile phone or you live in the countryside you will be affected.

Even if you live in the desert or a forest you will be affected the minute you travel to town or go near a main road.

I have written about the problems of WIFI which are surrounding you for mobile phones and Internet (again even if you don’t have a mobile phone). You can read my articles at www.facebook.com/quantogram/ and please like and share so you can get updates.

3G and 4G microwave signals already have thousands of studies showing the health problems and even include lowered sperm count reducing fertility in young men.

There are many more 3G/4G studies, including: increased risk of miscarriages and mobile phone headaches. The World Health Authority has also declared WIFI microwave signals as a carcinogen.

5G is the latest method of super-fast wireless transmission (up to 100x faster than 4G). Most people will say, so what? They have not connected the health problems with the current 3G/4G so they are happy to believe the goverments and the likes of Samsung, Intel, Qualcomm, Nokia, Huawei, Ericsson, ZTE when they say it is safe.

I have had devices that protect your phones, your tablets, routers etc and single device your whole house. I am able to conduct simple tests to show they have an effect but not just how much it protects your health.

Recently, my wife Anne and I went to a Screening Centre that conducts Thermographic Imaging. Although this Centre uses a scientific grade camera that measures temperatures to conduct breast and whole-body screening, we went with a different request.

We wanted to test the effect WiFi has on our bodies and so we flipped a coin and Anne lost. So she was the one with no shield on her phone who got to have a photo taken before and after using her unprotected mobile phone for 20 minutes. I did the same but kept my shield on.

In effect the test showed the side of her head was being cooked while holding the phone next to her head making a call. This was just once so we quickly put her shield back on her phone to give her the protection she has had for a long time.

The reason for this is well known in scientific circles. This is because 3G/4G microwaves, while not as powerful as the microwave oven in the kitchen…the photograph shows an unprotected phone receives and emits microwaves strong enough to heat the side of your head.

There is a large increase in a rare cancer on the side of the head where people use their mobile phone.

What Is The Worry About 5G?

Since the speed of 5G is super-fast, everything can be monitored instantly. Already you cannot move around many large cities on public transport with cash, you have to use a card or a credit card. This is already used in taxi companies such as Uber and will soon be extended to every taxi.

Your mobile phone is already tracked so the authorities know exactly where you have been. The plan by governments and global companies around the world is to make everything connected.

Your car, your phones, all of your electrical equipment in your house and office, even your refrigerator will be monitored. Televisions and computers are already monitored.

No problem you may say, I am honest and have nothing to hide? What if this system is hacked by criminals or worse still the Deep State (yes they do exist) or the Medical Mafia is given access to detect that you are not using enough of the pharma drugs?

Already, Australia and California is making life difficult for mothers with children without having huge numbers of vaccinations. This ‘Internet of Connected Things’ only works with 5G. Like the Medical Mafia, there is no way to stop 5G now. This is not the worse of it.

The 5G Juggernaut Cannot Be Stopped.

The microwave radiation dangers of 3G/4G are well proven in many studies and yet the governments deny the damages suffered by the population. There are billions at stake for the communications industry and any cracks in the denials would mean the 5G roll-out would stop.

It means that we will be surrounded by a denser level of microwave smog from the projected 100 billion devices that will be connected to the projected 5G world network.

Just a few of the added dangers from 5G include:

There Is A Solution – Quantum Technology.

Over a year ago I introduced three QuantoGram devices using quantum technology.

The HoloGuard is attached to your phone or any device connected to WIFI or electricity and neutralises the harmful effects of Cellular devices.

As well as making them safe when you are out and about with a mobile phone on your person such as a pocket or hand bag, it is also protecting you from other microwaves in the air and from transmitter towers, etc. 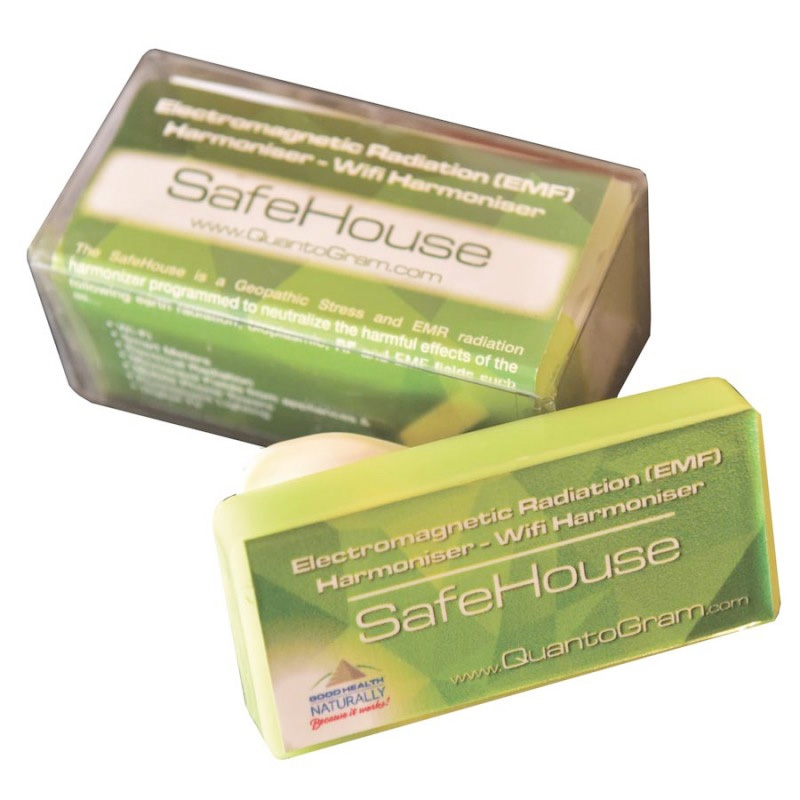 The SafeHouse is simply plugged into any electrical socket in your house, office or hotel room. You and everyone else in the property are protected both from devices in the property as well as incoming microwave signals from outside coming into the property.

I will be publishing the results of ours on the website in due course.

In in the meantime I give you my personal guarantee that using thermographic imaging anyone can prove the effectiveness of the protection from my QuantoGram device.

We cannot stop the 5G juggernauts but we can protect ourselves and our families.