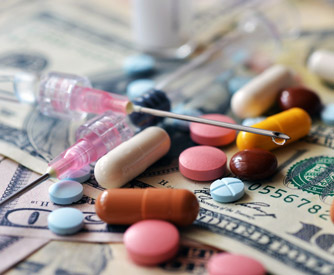 Even when I travelled from city to city across Europe and North America in the 90s holding seminars, a common question was, ‘Would natural health solutions catch on?’

My answer then and still is, doctors and their drugs do not cure diseases, and it is not profitable for drug companies to offer cures. I also said it is only a matter of time before the fake system collapses under the weight of sick people.

I knew that smart people will eventually turn to natural health that does work (if they follow the plan correctly). The fake system has not collapsed, ’yet’, but it is bankrupting countries and upsetting the population with higher and higher taxes.

I Have Amazing Support From Bankers, No Less.

Imagine my surprise to read recently that no less than the infamous Goldman Sachs, Merchant Bankers declared that:

“Drug companies would stop being profitable if their drugs actually cured people—because they would lose their market. In fact, curing people is “an unsustainable business model”.

In a report entitled “The Genome Revolution”, they wrote:

“The potential to deliver ‘one shot cures’ is one of the most attractive aspects of gene therapy, genetically-engineered cell therapy and gene editing. However, such treatments offer a very different outlook with regard to recurring revenue versus chronic therapies. While this proposition carries tremendous value for patients and society, it could represent a challenge for genome medicine developers looking for sustained cash flow.

It Is All About Profits And The Charities Are Part Of The Scam.

The greed of drug companies who bribe doctors, politicians and take money from those who donate to charities is breath-taking. They even put into print and intimate that it is not worth investing in real cures as fake drugs are more profitable – this is cause for a revolution.

The Quoted As An Example

“GILD is a case in point, where the success of its hepatitis C franchise has gradually exhausted the available pool of treatable patients. In the case of infectious diseases such as hepatitis C, curing existing patients also decreases the number of carriers able to transmit the virus to new patients, thus the incident pool also declines (and make more profit).

The Moral Of The Story?

Don’t Trust Doctors, Charities and especially Drug Companies. They are being advised by Goldman Sachs that they can make more profit by getting patients hooked on drugs rather than with a cure that reduces their profits.

Conditions That Can Be Cured With A Healthy Lifestyle Include:

Share them with family and friends. If you don’t have a problem, follow the lifestyle plans to prevent an unhealthy future.

99% of health problems are caused by incorrect foods, lack of nutrients and not walking enough. Start today to correct these and move towards a healthier disease-free future.