Have you been following it? 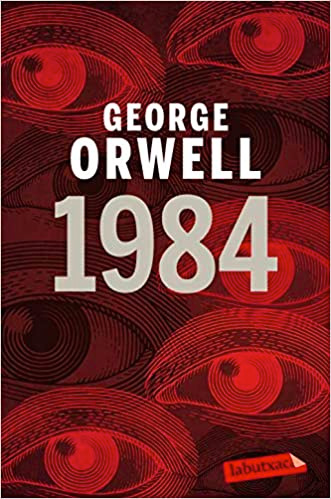 A Drama, being played out on every TV, computer, and newspaper.

It is loosely based upon Huxley’s, Brave New World, Orwell’s, 1984 and The Hunger Games to introduce a soviet style authority to vaccinate everyone in the world to enslave the population and reduce the populace (as stated by Bill Gates).

It’s playing in every country, city, town and village now.

Medical Doctors, the majority of medical doctors who have been brainwashed through training for the past 150 years since the Pharma/Medical Cartel started.

Scientists/Scientific Doctors, most scientists have been financed by the Evil Empire with their agendas leading and manipulating their research and ‘studies’.

For the Vaccine Wars, medical and scientific doctors had to be completely taken over by The Dark Empire. Many forced into playing the part of cowards, or worse, corrupted and brainwashed to keep their roles.

A few are playing the part of honest medical/scientific doctors, but they are mostly de-platformed and silenced in the script.

Corporate Media, the majority, are allies of the starring cast. They are used by The Dark Empire to brainwash the masses to consent to their agenda through fear and inaccurate information. There are a few who try to stand against The Dark Empire but they are vastly outnumbered and often silenced.

Politicians, most politicians have been taken over by The Dark Empire through power/bullying and funding/lobbying, executing, either corrupt or brainwashed roles.

Even Judges seem to have been ‘got-at’ as in soviet times and refusing any judicial review and abandoning common law.

Zombies, played by people (mostly over the age of 30) who obey every instruction from The Dark Empire without question from fear instilled by the Corporate Media. You can recognise them as they wear a mask at every opportunity. They take great delight in criticising anyone who goes against their thinking (see ‘Thinking People’ below).

Woken, played by people (mostly under 30) are brainwashed by That Dark Empire to cause civil unrest as a distraction instead of protests against The Vaccine Wars.

Small Businesses, mostly being destroyed by The Dark Empire as they are less accessible and take more effort to control than Big Business.

Children, who are easy to brainwash as they are being neglected by authorities and schools.

Unions, especially Government and Public Employees are willing servants of The Dark Empire as they are given more soviet powers.

people who think like me and think that a healthy lifestyle solves the majority of disease. Thinking people recognise that the Sovietization of laws by the establishment is part of The Dark Empire.

Thinking People play the rebellious role and want to bring change even if that has to be through civil protest and disobedience.

Empires, (soviet style dictatorships ruled by force rather than law), have wanted to control all life on the planet since civilisation has existed. Empires have come and gone in all corners of the earth. They include the Persian Empire, the Roman Empire, the Catholic Empire, the Muslim Empire, the British Empire, the Nazi Empire, and the Communist Empire. Now we have The Dark Empire.

The Dark Empire; Finances, Produces and Directs, The Vaccine Games.

The Vaccine Games were launched many years ago but never really got much attention. Early episodes such as SARS-1 failed to get much attention and get vaccinated, partly because so few people were on social media and politicians were not fully on board with their terror message.

The Vaccine Games was relaunched in January this year as the ultimate terror plan, and the terror disease renamed from SARS-2 to COVID-19. Although it was a similar threat to SARS-1, this time the media and politicians have been better prepared and scripted. They now claim this new one is a serious threat to everyone, and not just the regular ‘at risk’ people (AKA people who were already at risk of dying).

The Story So Far

In this new series, everyone was on board with the agenda and message. Using every media platform, including the massively expanded reach of social media, to brainwash and ensure the public were suitably frightened or at least confused, turning as many as possible into Zombies. We, the Thinking People were, at worst confused or mildly amused at this panic, presuming the public would be too, or that the Zombies would wake up. They have not and The Dark Empires plan has become apparent.

We started to question as our rights were taken away. Basic human rights were taken away in the name of ‘Keeping People Safe’. Even today 6th August 2020 new draconian soviet style rules backed with laws are being introduced in the UK and other countries. Organisations financed by The Dark Empire, such as NewsGuard ensure the truth is taken down and only The Dark Empire messages remain in the main media. An example is a factually correct statement by the President of the United States, taken down by social media just yesterday.

Businesses are closed, some after many years of successful trading, and employees let go. Many people lose their income.

Most children are sent home from schools, except the children of the chosen few.

Human rights for adults have been abandoned, children abused, and their human right to education and free association banned.

Many people have died after being denied treatment for their ailments including cancers, heart disease and other severe conditions.

Many people have died from the wrong treatment for SARS 2. They were denied the inexpensive treatment of hydroxychloroquine and zinc, proven to work by some of the honest Medical Doctors. This treatment was also shown to work many years ago at the time of SARS 1. A campaign of lies and fraud have since been used to discredit it.

The populations have been subject to division and rule through driving the young and old apart.

The word ‘Doctor’ has become a byword for death in the minds of Thinking People as these roles are taken by people like Dr Mengele or Dr Strangelove rather than Dr. Marcus Welby or Dr. Leonard McCoy.

The Vaccine Games is an unfolding story and may only stop when The Dark Empire have their unproven vaccines injected into everyone.

This way, they can measure the side effects after one year to see if the number of deaths and side effects are worth risking vaccination.

Of course, they will not do this. Pharma never has and never will because they know it would fail and expose the terrible possible side effects.

Neither do I, but we may be subject to harassment. Including house arrest, fines, being banned from travelling, flying, getting benefits, children attending school, house arrest, going to work, or even having a mobile phone.

The sequel’s plot is not completely clear, but I think there will be around 60 days before they start to terrorise everyone again. They may stop children from going back to school and close everything down.

This time they may blackmail everyone into getting a jab by not allowing things to reopen until their unproven vaccines have been accepted. 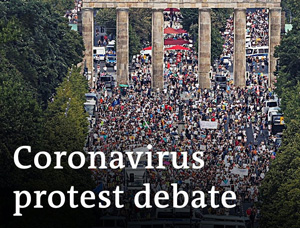 Or, maybe the population will wake up and follow the lead of the woken people and use mass protest and mass disobedience against their unproven vaccines? This is already happening in Germany where a movement of hundreds of thousands is growing. Some small local groups are protesting in the USA but there’s no sign of a national leader.

In the USA people such as Robert F Kennedy Jr makes lots of noise but are not showing signs of being a true leader to call on the masses to protest. In the UK there are many well-known names in the alternative health field such as Robert Verkerk, Patrick Holford, and many others who are all keeping their heads down when it comes to mass protests.

I am not sure there are many powerful leaders for this. Time will tell.

Use the time wisely for yourself and your family to get super healthy. Only consume really healthy foods and ensure you are getting the critical nutrients. In the event, you decide you have to get the vaccine to get your freedom back, being healthy will help protect you.

It’s better to get super healthy, whatever the future holds.

These Are the Budget Essentials