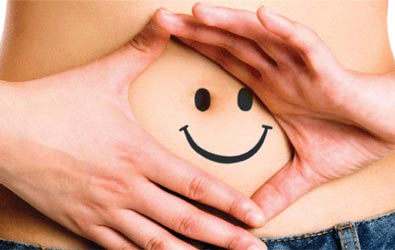 I guarantee this is the first time in nearly 20 years of newsletters that I have had poo (feces, or faeces) as a topic. It proves you can learn something new each day. Listening to the news today, I learned some interesting facts along with essential knowledge for achieving and maintaining good health.

Over the past four years, Universities in the UK and USA have been conducting a study into a healthy digestive tract by evaluating thousands of poo samples. They created two organisations; The American Gut and British Gut, to obtain thousands of samples from volunteers. Amazingly, these samples, along with a huge questionnaire, were sent by these volunteers who paid to be part of the study. This is the first time (to my knowledge) a study has been crowd-funded.

You Are What You Eat

In the program, Gillian evaluated poo samples from participants who wanted to get healthy, and she made a new food plan for them. In the fourth series, called ‘You Are What You Eat: Gillian Moves In,’ she stopped participants cheating by moving in with them and, obviously, the results improved tremendously. (This is similar to my Health Recovery Centre Plan I am working on.)

Gillian had a Ph.D. from the American Holistic College of Nutrition. I am not sure what was needed to gain the Ph.D., but she made the mistake of saying she had a doctorate. Of course, the media in the UK who are all mouthpieces for the Medical Mafia claimed she was fake and had no right to call herself a doctor. Personally, I think she was wrong to associate herself with the word ‘doctor’ since it is associated with such a discredited group. However, I have read her books and heard her speak, and I can say that I would rather follow a plan created by Gillian McKeith than any doctor that is part of the Medical Mafia.

I was fascinated to hear about the study, while listening to one of the lead researchers on the radio being interviewed, and I thought of Gillian McKeith. The researcher said, “The better the diet, the healthier the person and their poo.” He mentioned microbes (using the latest name ‘Microbiome,’ having 300 more genes that we have) as a living organism, critical to our health.

My ears pricked up when he said, “Those who had the most varied diet of vegetables and fruits of 30 different types over a 30-day period were the healthiest and had the healthiest microbes in their ‘Microbiome.’” He was, in fact, saying what I say in all of my 30-day books and what Gillian McKeith and her TV show and books were criticised for…especially evaluating their poo. He said it just 15 years too late for many people.

What Else He Said

He was very clear that the food we eat is making us sick – especially as a result of the antibiotics in foods along with them being highly processed and overcooked.

Readers of my newsletters and eBooks will know that I strongly recommend probiotics and a ‘really healthy’ food plan. I know that everyone will feel the benefits in just 30 days. One thing I have not made clear is that taking probiotics alone does not restore our essential microbes’ ‘Microbiome.’ The study is very clear that we also need clean food and at least 30 different types of plant food in any 30 days. See https://reallyhealthyfoods.com/basic-food-recovery-plan/

With all the healthy gut research now available, it’s fascinating that we can talk so openly about our digestive tracts and our poo. Having this conversation about the end product of what we eat gives great importance to what we put in.

You also need to restore on a regular basis your microbes ‘Microbiome’. I take Prescript-Biotic and others in my family take Probiotic14. It is a good idea to swap them around occasionally as they are totally different microbes in the ‘Microbiome’.

Whether you can afford 1 capsule per day or 1 capsule per week these are critical supplements and including the full spectrum of a plant food based diet is even more critical.